Electroweak Calibration of the Higgs Characterization Model (my CERN research project). Particle physicists use a theory called the Standard Model to predict physics in the Large Hadron Collider. I used two Monte Carlo physics simulators to see what happens to numerical models of Higgs physics when we leave out the electroweak force.

How does the Higgs boson discovered at the Large Hadron Collider in 2012 resemble the scalar particle predicted by the Standard Model? We used a model-independent Effective Field Theory (EFT) approach to search for interesting deviations from Standard Model physics.

We focused our efforts on the HZ Higgs production mode known as Higgs radiation. When two protons collide in the Large Hadron Collider, energized gluons emit a high-energy Z boson which then radiates a Higgs boson before decaying into two muons. 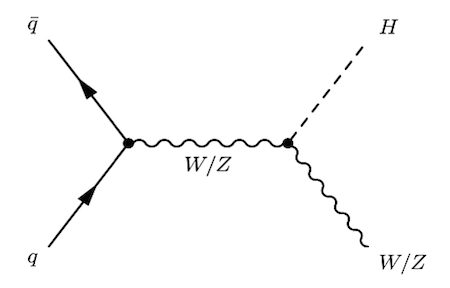 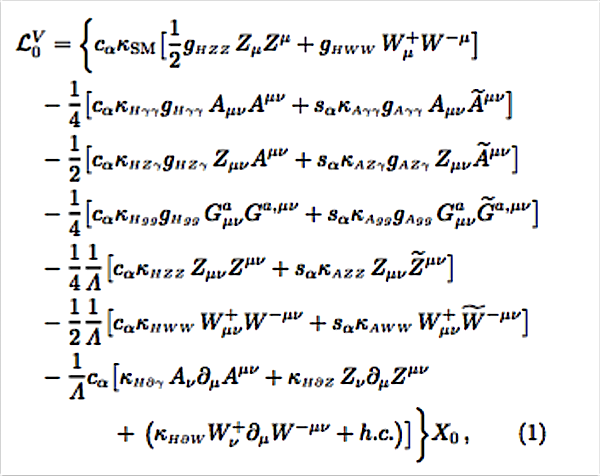 First we used HAWK to calculate SM Higgs observables to next-to-leading-order (NLO) accuracy with quantum chromodynamic (QCD) and electroweak (EWK) contributions. The drawback of HAWK is that it only works in the SM domain; it cannot calculate BSM physics. 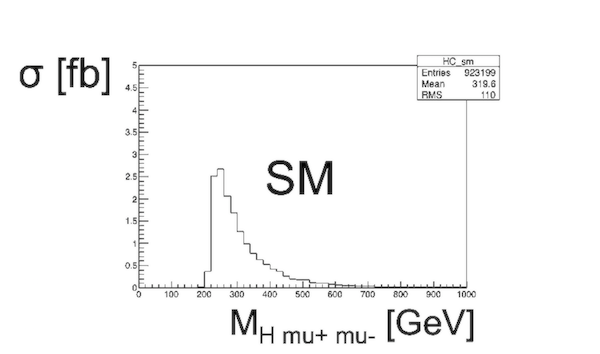 Histogram of an observable of Higgs radiation, \(M_{Z \mu \mu}\), calculated to next-to-leading order accuracy for both QCD and EWK

Next, we evaluated SM and eight BSM variants of the process to NLO accuracy just in QCD using the Higgs Characterization Model in MadGraph.

Our preliminary results indicate that electroweak corrections are not significant until luminosities on the order of 3,000 fb\(^{-1}\). The Large Hadron Collider will be operating at ~100 fb\(^{-1}\) in the next year; we probably will not achieve 3,000 in the next 10 years.

I gave a formal presentation on this project on 10 December 2015. The recording and slides are on the Michigan CERN Research Abroad Program indico page. 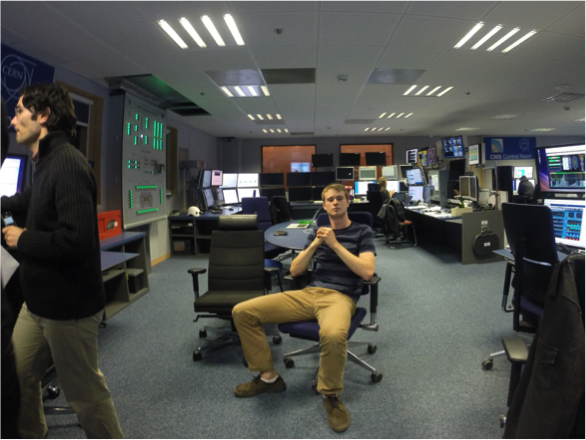